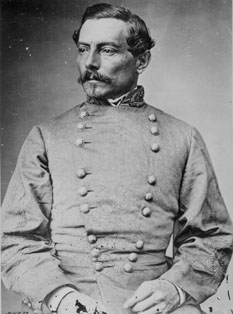 Courtesy of The National Archives

An 1838 West Point graduate, Mexican War veteran, and Confederate general, he fired on Fort Sumter in April 1861, fought at First Manassas that July, and took command of the western army at Shiloh in April 1862 after Albert Sidney Johnston's death. Beauregard served in Charleston 1862-64, saw action south of Richmond in the summer of 1864, and spent the final months of the war with the remnants of the Army of Tennessee.