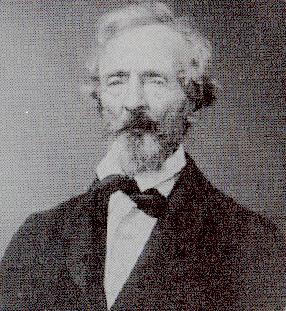 Joseph Emory Davis was Jefferson Davis' eldest brother and mentor. Originally a lawyer in Vicksburg, he made his fortune as a planter and was one of the richest men in Mississippi at the onset of the Civil War. He also accumulated one of the most outstanding private library collections in the South, from which Jefferson Davis gleaned much of his legal and political knowledge. Joseph E. Davis married Eliza Van Benthuysen Davis in 1827. (Photograph c1859.)