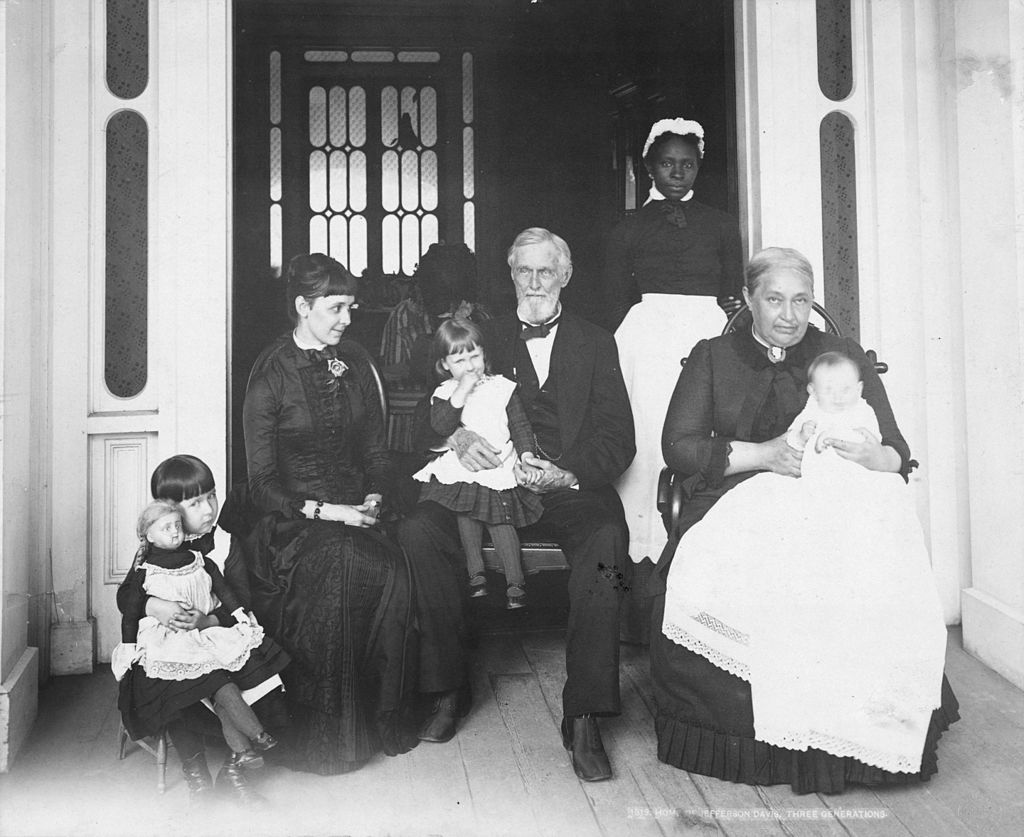 Jefferson and Varina Davis with their grandchildren

Lucy Hayes Young had fond memories of the visits to Beauvoir. She recalled that her grandfather "was an erect and imposing old gentleman and enjoyed playing games and telling stories to his grandchildren." She added that "his stories were never about the War Between the States," but "were always cheerful tales" (New Orleans Times-Picayune, April 10, 1952).